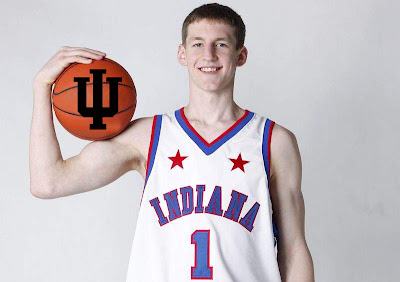 This weekend marks the 73rd assemblage of the Indiana All Star basketball team and its 71st annual series against Kentucky, albeit a lopsided one (Indiana owns an 86-42 advantage). And with Yogi Ferrell, Jeremy Hollowell, and Ron Patterson set to begin their college careers in Bloomington the following Wednesday, they will become the 98th, 99th, and 100th members of the Indiana All Stars to play for Indiana University.

The significance of this connection to Indiana's basketball legacy cannot be overstated.

In a state which is world-renowned for its passion for basketball, the relationship between the All Stars and IU represents the confluence of Indiana's storied high school basketball talent and the vaunted college basketball program which also bears the state's name across its chest.

Here's a few tidbits which illustrate how IU and the All Stars have become inexorably intertwined with basketball greatness over the past three quarters of a century:

-Since the All Star team's inception in 1939, 884 high school players have been selected to play for the Indiana All Stars. With this year's class of commits, IU has now amassed 100 Indiana All Stars on its rosters, or 11.31% of all All Stars.

-2012-13 will be the 66th consecutive season in which at least 1 Indiana All Star is represented on the IU roster.

-This year marks the 24th time IU has received multiple All Stars in the same class and the 8th time 3 or more All Stars will head to Bloomington together.

-This year's class of IU commits is tied for the 4th largest class of All Stars  in IU history (3).

-Indiana All Stars will account for 53.85% of IU's scholarship athletes, which also ties it for the 4th most All Star-laden roster in IU history.

-Tom Crean ranks 4th all-time in collecting Indiana All Stars by IU coach, with 8 All Stars to his credit. However, he is 2nd in the average number of All Stars/IU roster year, with an average of 3.8 All Stars per year coaching IU (including '12-'13).

List of Indiana All Stars to play at IU

* Denotes Indiana Mr. Basketball winner
# All Stars were not selected in '43 & '44 due to WWII; rosters were selected 50 years later 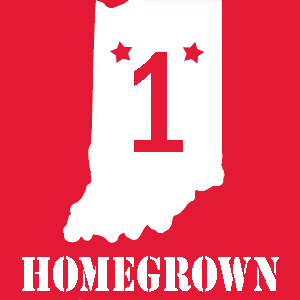