The Shit I Say: A User's Guide 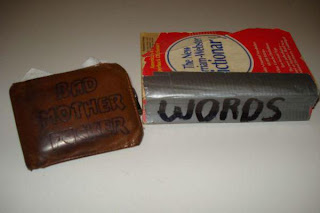 So I've got this blog. And whenever people find out about it, I'm inevitably asked, "what's that all about?"

Then I'll usually throw in some self-depreciating comment to lower the expectations if they do chose to visit, and it usually ends there.

But the other day I was reading another blog I really enjoy on its 3rd birthday.  And in recanting how the blog started with a story about Bud Mackey, Alex mentioned that, in hindsight, an introduction might have been in order first.  (I still say leading anything off with the #KSAS is a surefire recipe for success).

It got me thinking.  When I launched my little shitshow, I also never took the time to properly introduce myself or what this thing was all about.  Shit, I didn't even bother to generate original content for the launch; I just pasted some shit on my page that I'd previously posted on the Scoop and dug up every cool IU link I could find to dress my pig up a little bit.

Well, a year and a half later, I'm still throwing shit up here (granted, 20-loss seasons have proven to douse a creative fire or two), and people keep stopping by, in increasing numbers. (Actually, the longer I went without posting, the larger the traffic count grew. D'oh! Why am I messing up a good thing with this post?!) Thus, I figured there's no time like the present to drop a little background on the "who the," "what the," and "why the"s  that many you may have inquired about.

Who the...?
I'm an IU alum who was born in B-town during the days of perfection.  My father was a 2-sport athlete at IU who dutifully took his sons to every IU game he could manage: football, basketball, soccer, and even some Olympic sports.  My mom is a buckeye transplant whose own father first told me, "a buckeye is nothing but a useless fucking nut."

I've spent the better part of my life either living in Bloomington or within an hour or so from Assembly Hall, my church of worship.

I sit below the tunnels and usually have booze on my breath.  I stand up and cheer whenever I feel like it and am not afraid to cocksmack those behind me who vocally object to my doing so.

I'm a progressive-purist who was weaned on short shorts, motion offense, and center-parted haircuts.

I believe it was time for Knight to go in 2000, if not sooner, but just not in that manner.

I believe it's long past time there was a statue of Bob Knight in front of Assembly Hall.

I believe Mike Davis was a helluva nice guy, but the worst halftime coach in the world.

I believe Davis would've won the '02 championship, in spite of his shortcomings,  if only Hastings had stayed.

I believe Kelvin's coaching ethics mirrored his defensive philosophy: if you ain't fouling, you ain't trying...hoss.

I believe Rick Greenspan is the devil.

I believe Tijan is proof that man is created in God's image.

I believe a house divided is really another way of saying your house is half retarded.

I believe all the corn in Indiana leans to the south because Kentucky sucks and Purdue blows.

I believe it's time for me to end this portion of the post.

What the...?
Let's first establish one fact, I am not a journalist.  I have never represented myself as a journalist, and I will never pretend to be a journalist.  Those guys who get paid to sell dead trees are issued press credentials for a reason, and they're way to skilled in their trade for me to ever be considered among their ranks.

This site simply represents one man's perspective on the Hoosiers.  And though some potentially meaningful information occasionally passes through the mire of vulgarities here, I will be the first to acknowledge that my views are not fair, balanced, subject to editing (or even spell check), or otherwise intended to be taken too seriously.  Shit, if BWI (blogging while intoxicated) was a criminal offense, I'd have been the interwebs' 1st 3-strikes offender.

This blog is just a place for me to post some opinions that aren't commonly found on the traditional IU beat. Consider it the internet equivalent of bar talk, Hoosiers style.  And for what the blog lacks in content, I've tried to compensate for in its appurtenant links and embeds.  (Yeah, I know the shit is sometimes out of date and/or outright fails, but what do you expect when I modeled it after my wardrobe?)

So take your time, play around with it, and always take it for what it's worth.  Whatever you do however, stop fucking emailing me about my journalistic objectivity, frequent obscenity, harsh criticisms of IU's players, or any other shit you find not to your liking.  Just hit that little "x" in the top, right corner of your screen and forget you ever found this place.

For those who enjoy my blogshart, but just can't get enough, I suggest following me on Twitter.

Why the...?
Personally, the internet has always been a vehicle for discussing IU.  When I found myself far from home in law school and unable to keep paying my ridiculously large long-distance phone bills, my family, friends, and I began to use email as the preferred method to bounce our opinions about IU back and forth.  Not only was this waaay more cost effective, but it proved to be useful in making us better at articulating our positions on the Hoosiers without the other person's immediate feed back or their tendency to always interrupt you in mid-sentence.

As our correspondences continued, IU-related content began to flourish on the web.  What started with online papers, quickly grew into comment sections, blogs, message boards, and all sorts of engaging and interactive forums.  I soon began cherry-picking some of the thoughts I'd discovered online and started interjecting them into my discussions.  It was a bonanza of new assholes to wipe.

Then, about the time I found myself between gigs and with some extra time on my hands, a new blog popped up on the Herald-Times.  A recently joined beat writer started posting his thoughts (and actually solicited feedback on them), openly conversed with his readers, and began hosting weekly Q & A's.  Amazed that a member of the mainstream media would actually stoop so low, I soon found the page irresistible.

What began with a comment here or there quickly developed into a habitual pattern.  I just couldn't resist tossing my two cents into the fray.  I'd pepper Chris and Doug with questions, and they'd always reply with insight and courtesy.  Soon, they created a fan forum that allowed readers to begin new topics.  I lunged at the chance.  Back then, many of the regulars were as highly informed about IU as they were willing to civilly engage in discussions.  They'd created a virtual marketplace of IU opinions, and the feedback was usually welcoming to what I was selling.

But there was always the nagging sense of decorum that kept me from saying what was truly on my mind, at least in a familiar vernacular that was truly befitting of my feelings.  And, over time, more of the voices I respected disappeared, and throngs of new people began pissing in our little pool.

Thus, in the midst of Crean's 1st year, and completely fed up with the fucking mess that Greenspan & Sampson had left, I launched this ship of fools off on its maiden journey.  Call it therapeutic release, if you will.  It proved to be a great way to let off some steam and gave me something to do besides work.  Better still, my family and friends could give their ears a break and just stop by the page to see whatever nonsensical shit was on my mind that day.

Thanks in no small part to the journalists who first engaged my views and later recommended the blog to their readers, the page has grown from a 2-pump-chump (that's exactly how many hits the first post got) to attracting thousands of visitors from 47 states and 32 countries.  It's crazy, seeing how I post about as regularly as Lindsay Lohan sobers up. I'm utterly amazed at the passion and pervasiveness of Indiana's fans.

So there you have it.  That's what we're working with here.  I truly appreciate all the feedback I've received over the years and thank all those who chose to visit my little corner of the web.  Keep stopping by, and I'll keep throwing shit up on the wall.  Feel free to tell me what sticks.
Posted by ChronicHoosier on 7/14/2010