Answering the Call: Out

For days now, I've been out. Out of words, out of patience, and virtually out of hope. It seems now, however, "out" is the new in for the Indiana Hoosiers.

After being called out for being...well, flaccid by their coach, Indiana finally showed the fight that's been missing from their play for well over a month now.

On an afternoon when four improbable Hoosiers would close out their Assembly Hall careers, it was tomorrow's Hoosiers who stepped out and provided positive punctuation to the latest chapter in Tom Crean's Hoosier resurrection.

In a game where history's cruel glare was squarely fixed on our young, floundering team, IU stamped out any chance of being labeled the worst team in IU history.

Following more than 5 weeks where the Hoosiers spent virtually every minute playing from behind, IU spent the day playing out front for a change. And when the 'Cats clawed their way back into the mix at the end of regulation, Indiana's underclassmen closed out the overtime period in convincing fashion.

Man, yesterday had more "outs" than a pride parade in San Francisco. Did I mention that Jordy Hulls was fucking lights-out? How about Elston wiping out any doubt that he deserves minutes, and lots of them? Is it now safe to say Capobianco relishes boxing out? And Bawa, well he's still pretty much out in general.

Nevertheless, hope is back in Bloomington, and doubt is out, at least for the moment.

Not only did yesterday's win keep the '09-'10 Hoosiers from setting the IU record for most consecutive losses, it allowed Crean's 2nd year squad to quadruple last year's conference win total- no small feat for a team that lost its leading scorer on the eve of Big 10 play and during a season where the Big 10 was about as competitive as it's ever been.

And now, a few more "outs" before I put this baby to bed:

-Devan Dumes not only failed to act out my predicted 9.5 3PA's, he notably left out any gratitude towards the coaching staff that brought him to Bloomington in his senior speech.

- For an advertised sell-out, the Hall was shockingly bare for the better part of the 1st half and didn't even come close to filling out until after halftime.

-Out of the ranks of those in attendance: the IU gorilla??? On what I believed to be his senior night, too, the Hoosiers' unofficial mascot was nowhere to be seen.

-Also out of the Hall: Roshown McLeod, on a recruiting trip. Seeing as the 1st weekend of March brings with it sectional play at high schools around the nation, it actually surprising most coaching staffs aren't dispatched away from the bench during games.

-If ever Hoosier hearts should go out to a candy-striped warrior, Tijan must be atop that list. Period. With a smile that lights up all of B-town, a personal story that commands admiration, and a pair of elbows that spare neither friends nor foes, Tijan deserves his own section of big-heads behind the buckets. He will be missed.

-After briefly showing up for a stint, Pritchard has officially checked back out.  For the week, Big Tom logged 31 minutes and posted 2 points, 2 assists, 6 boards, and 7 fouls.  And while only 1 turnover in 31 minutes may be a personal best for him, that has more to do with the fact that his teammates have all but given up on feeding him in the paint.  With Crean actively pursuing capable big men for next year, have we seen the last of the Big Tom Snizz in Assembly Hall?

And with that, just like Ryan Seacrest, I'm out (but only without the intention of quietly seeking hot man-sex afterwards). 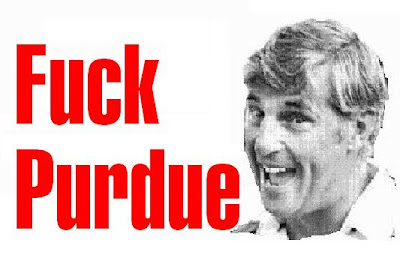 That is all.  You may now return to your regularly scheduled 11-game losing streak.
Posted by ChronicHoosier on 3/02/2010 No comments: