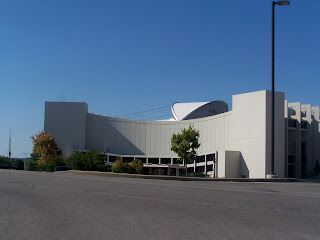 After 109 years, the time has finally come. The basketball Hoosiers have an official student section.
What has always been one of the largest, most passionate, and faithful student sections in the nation now has a name: the Crimson Guard. Representing a team whose own nickname isn't easily defined, this development is a significant step towards creating a cohesive identity for this historically intimidating collective of appreciative hoops fans. Better still, they're getting their shit together and getting the word out.

Well....great. So, where does this go from here.? While having a name and an organizational structure are good places to start, what shall be the IDENTITY of this group? Because one can make certain that a name alone does not an identity make.

And while I saw the group is putting together a constitution (good), encouraging early arrival times (great), and specifically denouncing court stroming (outfuckingstanding), the success or failure of the group will likely depend on whether or not they can achieve a buy-in from the students.

The name, Crimson Guard, achieved only a plurality (about 700) of the paltry votes cast (around 3,000 total, or less than 10% of the undergraduate population). Thus, getting the 8,000 or so students who regularly attend games to participate in the group's initiatives could be challenging.

In order to minimize the introduction of potentially divisive or outright fucking ridiculous ideas, I'm proffering a list of some of the things I've learned to loathe around the world of student section shenanigans.

-Bouncing up and down the whole game.
This is just plain fucking stupid. End of story. Any douchebag who wants to tell you how much he's into his team and how hardcore his student section is because their bouncing energy somehow drives the homeboys is a fucking moron of the highest order. Seriously, any dickhole who bounces up and down for nearly two hours should be the poster-child for Adderall, not the model by which all student sections are judged.

-Coming up with cheesy-ass routines for random situations.
Ooooooo. You orchestrated a bunch of spooky gestures to mindfuck your team's opponents. Go fuck yourself and choreograph dance ballet if that's what you're into. Let's keep the focus on the bigger things: helping IU win more games and distinguishing our program from inferior legacies.  I know there's some obligatory free throw voodoo that must be created and the like, but try to keep things within reason.

-Be more concerned with the game than showing up on the fan cam.
The level of attention whoring at games has become a serious issue. There's no plausible excuse for showing up with court-level seats dressed a fucking duckling. There just isn't. It's one thing if you feel the need to attract a little attention to yourself, but it's an entirely different matter when you and the gang insist on breaking out the fucktarded superhero costumes every trip to the Hall.

-Don't lose focus of what separates IU fans from the rest: we know, love, and appreciate well-played basketball. True Hoosiers are as easily excited about IU taking a charge as we are a nasty dunk. Seeing a man hit the deck for a lose ball should demand our admiration as much as a streaking shooter knocking down a 3. Assembly Hall has long been home to one of the world's most knowledgeable and appreciative basketball communities. It's student-spectators should strive to display the energy and appreciation deserved by its hallowed hardwood.

-Don't be afraid to disagree with the administration.
While I completely believe you'll need to reach out to many partners for support with guidance or resources, I'd be careful not to buy everything they're selling when it comes to making decisions affecting the group's identity. These are the same people who would have you holding a 4' cut-out of Bart Simpson's head while playing Wii under a disco ball in Assembly Hall wearing a white t-shirt. It may serve you well to thoughtfully review their suggestions in the future before accepting them as presented.

*Editor's Note: Generally, I've been thoroughly impressed with the manner in which Glass' administration has re-directed the athletics dept. Further, I wholly understand the unprecedented nature of the challenges they've faced in filling the stands on 17th St., even the Assembly Hall balcony. That said, however, let's learn from the successes and failures from the last year and make these marketing initiatives first pass a legacy test: run that shit by a non-invested party who possesses a solid understanding of IU's legacy to see if you're creative ideas pass the point of marketability and are generally incompatible with our storied legacy. Ergo: keep the disco balls at Sports.

-Don't underestimate the value of creative thinking. knowledgeable
Sure, anyone can chant "Purdue Sucks" or "Shut Up Weber" in unison. But how many groups can fully describe the horrific wonder that is Gene Kedey's comb-over or articulate the douchey nature of Bruce Weber's whiney persona? With students from all corners of Big 10 country and beyond, the Guard should have a plethora of resources available to come up with original material that properly reflects our basketball passion and intellect.

Assembly Hall shall forever be held in esteemed reverence and renown as a true cradle of the game of basketball. It's students are, and have always been, representative of the character of our beloved program. And with the current incarnation of the basketball Hoosiers being some of the youngest ever to dawn the candy stripes, the energy, enthusiasm, and support of IU's Crimson Guard could not come at a better time. With some proper leadership through its initial period of actualization, it will hopefully grow and prosper into the most feared and intimidating student body in the land. With some proper planning, it will remain in close contact with the qualities that have come to define Indiana's legacy. 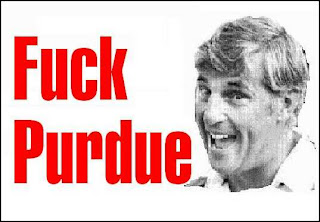