The Hurrying (to mature) Hoosiers 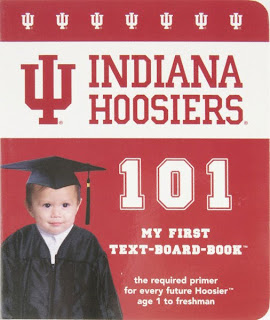 The years teach much which the days never knew. ~Ralph Waldo Emerson

In my hunt for some stats about points in the paint today, I happened to stumble across one of Pomeroy's jewels and nearly shit myself = Indiana  0.89 (338) .

0.89,  you ask?  That's the average number of years of college experience for our young Hoosiers this season, the 10th least-experienced team in the nation.

We all knew last year's team as about as wet behind the ears & inexperienced as any team ever fielded, 0.66 (2nd youngest in the nation), but, despite our large class of frosh this year, the improvements in our youthful blunders have been immense.

These improvements are staggering, considering how we remain one of the youngest teams in the country, yet again.  (Consider this, however, Kentucky ranks #332 in experience this season.  While that may explain their their abysmal TO% (23.5%), their speed, length, and athleticism more than compensates for their youth (see: 4th in offensive boards, 3rd in blocks, 7th in height, & 14th in 2pt FG defense)  The lesson of the day: athleticism > youth (& Blue Jesus is flat fucking amazing!)).

Shot selection, though, appears to remain as one of our greatest youth-related liabilities.  Consider our opponents' block %:
14.3% last season (absolute worst in the nation)
13.4% this year (#325 nationally)
We're clearly not passing the ball as often as we're shooting contested shots (primarily in the lane).  Considering the increased depth of shooters on the court this year, I can only chalk this up to youth (and a glaring lack of potent, post scoring- we may not need sumo wrestlers, Coach Crean, but we could surely use some better inside scoring options (read: NOT PRITCHARD)).

In sum, it seems Crean & Co. have quickly began turning our boys into men.  They've learned to value the ball, defend their basket, and stop dribbling the ball off their fucking feet at every opportunity.  How quickly they learn to attack zone defenses, defend the baseline, crash the boards & own the paint remains to be seen.  Unfortunately, the recruiting horizon doesn't seem to offer much hope in the way of supplying the bigs needed to compensate for some of these liabilities.  Thus, it seems Elston, Capobianco, Muniru, and, gulp, Jobe must cram in the necessary lessons in order to keep the conference season from tanking our grade this season.  (Yes, I've completely given up hope on Pritchard and soon expect him to experience the same tragic welcome once reserved for Sean Kline.)
Posted by ChronicHoosier on 12/17/2009