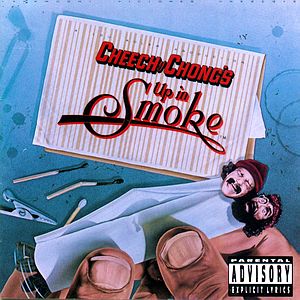 And just when I felt it was safe to assume last year's season went down the tubes largely because of Sampson's ouster, Rabjohns gets EJ to correct me and say the season went up in smoke.
No real shocker that some boys in candy stripes were chronically challenged. I think most people suspected drug use was behind the early-season suspensions of Bassett and Crawford. EJ's dad had already said as much.
I do find it surprising, however, that so many people can easily link the drug use on last year's team to the reason for their tragic downfall.
Newsflash: the boys from Chi-town weren't the only ones on the team partying last year, and they're now merely in the company of countless former players to partake in such behavior while in Bloomington. I can personally tell you Smallwood has seen at least one NBA draft pick, not named EJ, passing the bong- I've seen the pics to prove it.
Sampson's boys were no less susceptible to these indiscretions than were Davis' or Knight's. Jay Edwards ring a bell? Sherron Wilkerson? How about that time Moye was stumbling about Kirkwood Ave., yelling loudly how he loved to "drink, smoke weed, and (fornicate)?" I had the pleasure of witnessing that one with my own eyes. Classy.
The fact of the matter is that our athletes are no less human than the average IU student. They'll drink, smoke, pop some study pills, bed-hop, and blow off a class occasionally. The only meaningful differences here are our unyielding expectations of them and their complete lack of anonymity around campus. Everybody knows who they are, and everyone wants to be their buddies. Hence, unlike the average IU student, athletes are always being lavished with booze, blunts, blow(?), and even boobies.
Remember that adage about the corrupting influence of power? It applies to student-athletes, too. Should we really expect anything else from a bunch of 18-23 year olds?
I'll agree with TacoJohn that this new revelation has significantly increased my respect for EJ. If anyone had strangers beating down their door to become their next best friend (or bed-mate), it was EJ. I've always felt the kid was unreal, but his off-the-court decisions truly bolster this perception of him.
I am wondering, however, what compelled Gordon to put the team's demise on the backs of the partying crew, and, thereby, defend the coaches' responsibility for the matter. If drugs were such an issue with this team and ultimately caused its destruction, why did this spectacular implosion commence only after Sampson was canned? Were they just not as stoned until Feb. 22nd? And when EJ says, Sampson “tried to stop it,” but the coach “was just so focused on basketball and winning and everything,” isn't that really just saying Sampson was so preoccupied with keeping his job that he put winning above everything else that's valued at IU?
Yeah, that's about what he's saying, but in a way that doesn't hold Sampson to account for his players' drug usage, failing grades, and general disciplinary issues. No foul in sticking up for an old coach, but I gotta wonder why AB's departure from UAB must now open the flood gates for more piling on the guys that left.
Oh well, better to leave this roach unlit and let the boys attempt to get on with their lives. Lord knows they didn't hold up so well under the scrutiny Sampson's misdeeds placed upon them.
Wait a minute! Come to think of it, was Crawford really stoned all those times on defense last year?!? I seem to remember he frequently would lose his man and only realize it about the time the ball was passing through the net. That might explain some things....I wonder...
Posted by ChronicHoosier on 12/18/2008